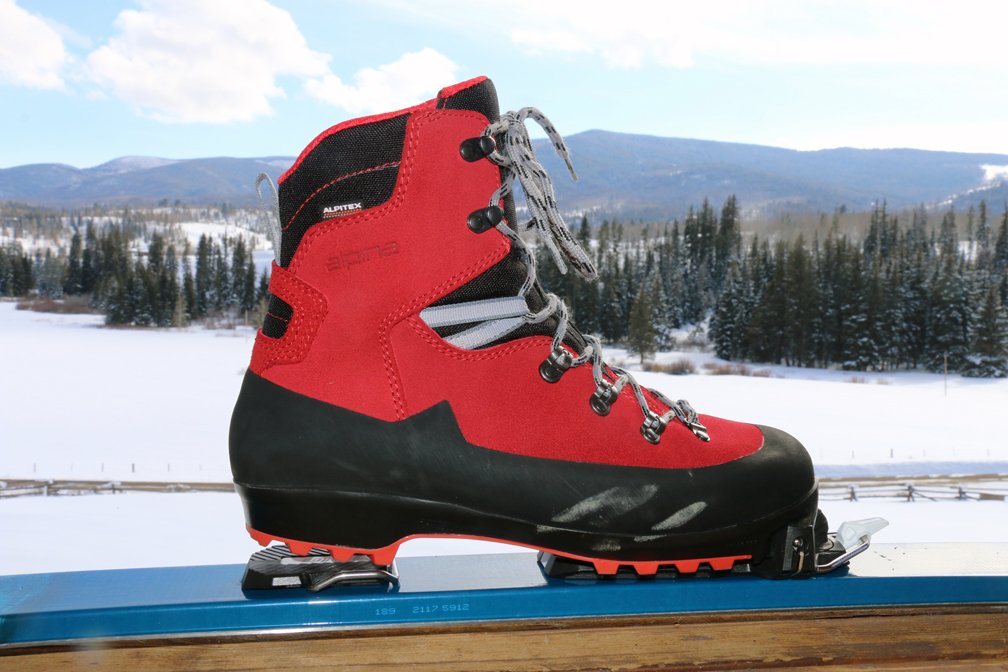 Rotteffella’s new Xplore Boot/Binding system skis excellent. This new Nordic binding system will be widely distributed for winter 22/23. Alpina, Fischer, Rossignol, Madshus and others will be offering this new binding system. I skied the Rotteffella Xplore this past Monday, March 7, 2022 for the very first time on Rabbit Ears Pass near Steamboat Springs, Colorado. A cross country skier’s paradise! Overall I really liked how everything skied and this system is fast becoming my favorite BC setup. Watch the video of my ski day at the bottom of this post.

I felt this boot/binding system to tour easy like a NNN BC system. It probably tours a little easier than a 3 pin set up. The attachment points are very much like an alpine touring binding. However, since we aren’t skiing a hardshell boot like an A.T. setup we get the nice comfortable fluid motion of a cross country setup.  The base plate is nice and wide like a 3 pin binding and that offers stability and nice control while making turns… better than a NNN BC system. Like I mentioned these features seem to blend the best of all three binding systems into one.

The binding offers two removable plates on its base. One has a traditional rubber bumper (shown) like all NNN BC users are familiar with. This plate offers a bit of flex resistance for more downhill control and making turns. The other plate will be flat without a front bumper allowing a very free touring and gliding motion.

There is a small button on the side of the binding that you push to release the plate so you can install the other optional plate. Out in the backcountry, depending on the weather, this may require a tool to making pushing the release button easier. Or you may just decide one plate is optimal for you and you don’t require the second plate.

A climbing bar on the heel plate is a standard feature which will come in handy when using skins and making a more direct ascent on a climb. 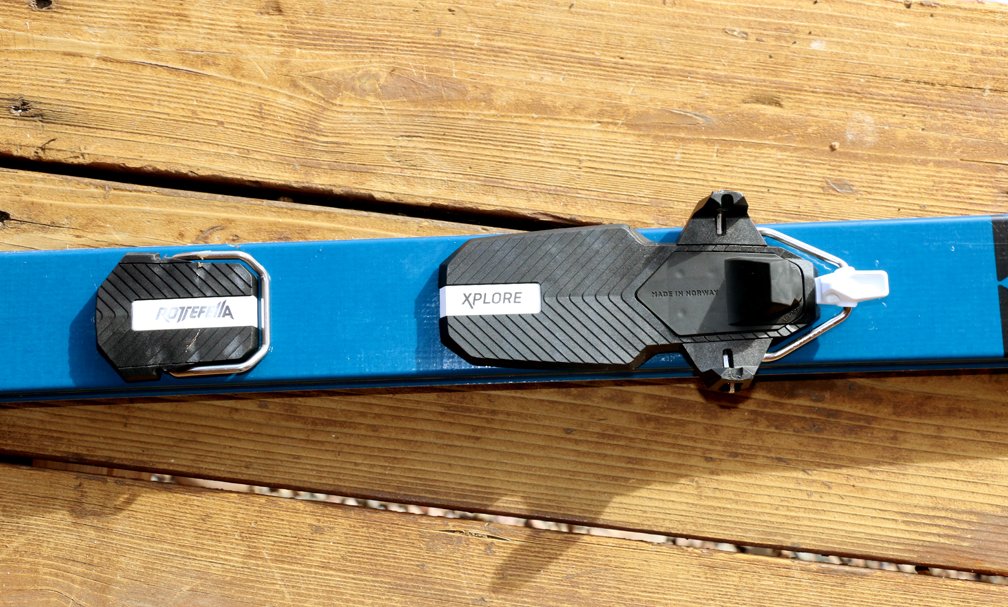 How The Xplore Binding Works

To release the boot from the binding press the front white tab down with your pole and lift the boot up. This too is simple and easy. You do need to make sure you load both pins into the binding correctly. It can be easy to have one pin line up correctly and not the other. You’ll know if you’ve hit both of them as soon as you lift up the ski.

There will be several options with Xplore boot models. I’m not familiar with all of them but boot power is what you need to think about. Using this new system as a touring setup a lighter softer lower cut boot will suffice. If you seek out turns on your BC day you’ll be looking for a stiffer upper with maybe an external cuff to add quickness and control to your turns. Boots will play a critical role to how you decide to use the Xplore binding.

Regarding the Alpina Alaska XP boot which I skied I took this boot right out of the box and skied it. No hot spots. It flexed really nice in the binding and was quite comfortable. I’d never recommend a skier ski a BC boot without breaking it in by walking in it a couple times before skiing it for the first time. In this instance, breaking my own preference, everything worked and skied great. 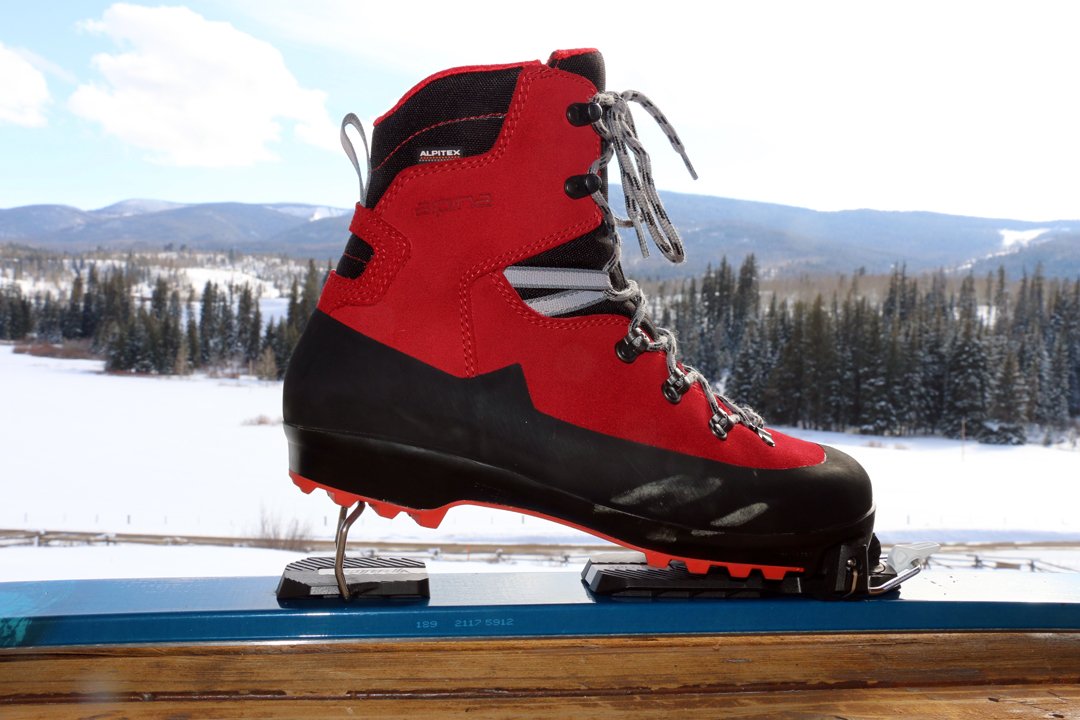 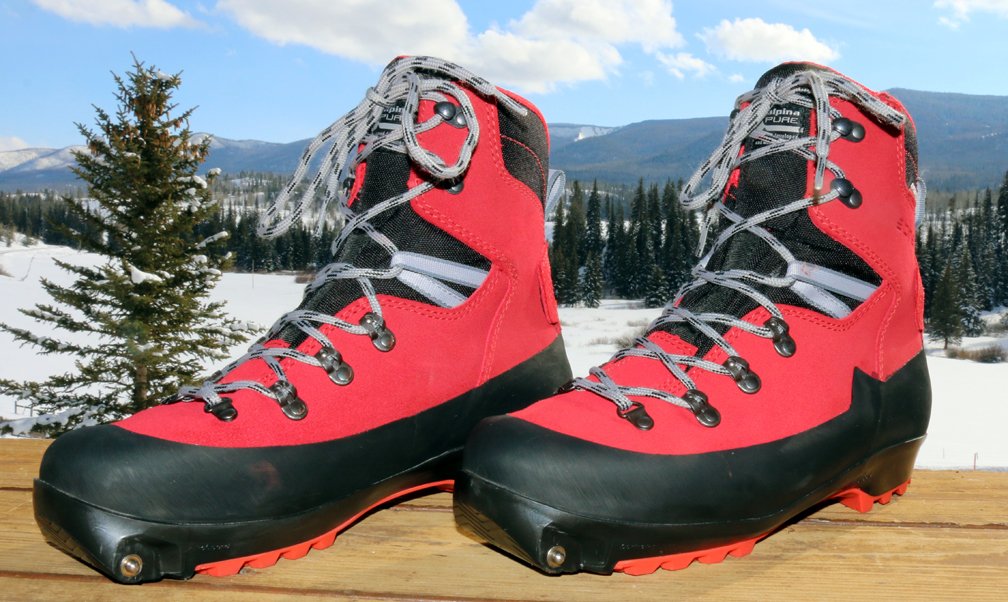 The front pins on the Alpina XP boot. Rotteffella’s propritory boot sole will be on each manufacturer’s boot uppers.